On the 30th of December, just as I was finishing up lunch, with my mother being satisfied that the rice bowl was completely empty, I saw a Facebook tag by Srinidhi Hande, that I was also a winner in the IndiBlogger awards for 2017. It was a pleasant feeling to know that I had won, amidst finishing a lazy lunch. 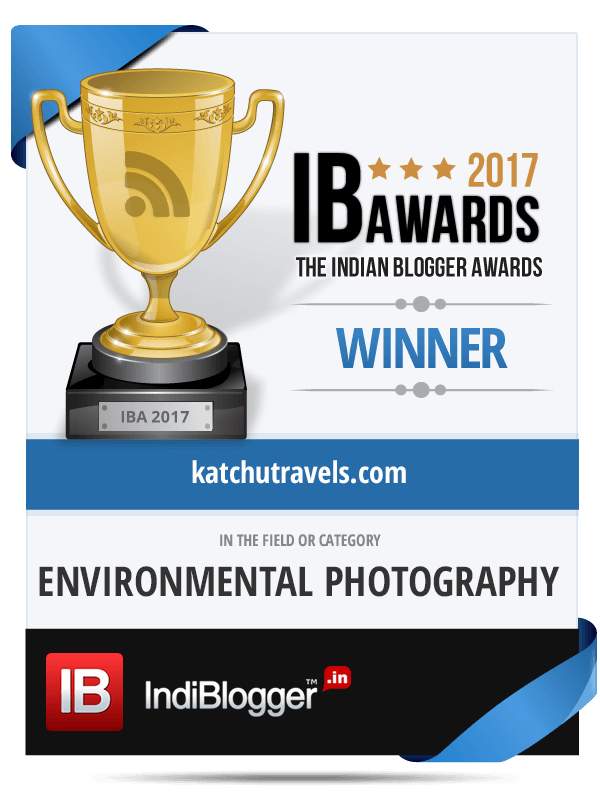 Watch it below on Youtube. There are a lot of award categories, so this is a 6 minute video. If you have the time, I would recommend you to follow and know about other talented bloggers who won.

If you want to fast forward to mine point the cursor to between 3:10 and 3:20

It looks like the awards have been conducted well in the sense that its come from a great jury, and transparent process of recommendations, without a lot of the spurious awards that lie like the Liebster award which makes a mockery of the whole process of awarding great content. Srinidhi Hande too echoes the same feelings as a winner on the 2017 Indiblogger awards

In 2017, I had spoken about 3 trips that I had undertaken in

Playing in the waters of ‘Paradise Waterfall’-Thailand Nandu saying NO to Plastics

I had spoken about how one can really be in sync with the environment to enjoy travel rather than following a bucketlist of places to check-in on Facebook. Here’s more to exploring the world, and being in sync with nature and teaching the next generation to embrace nature rather than Wifi/AC/Indulgences. Here’s to a more connected-to-nature in the years to come!
Sharing is Caring..Let the world know about this story